Hiking just before the holiday 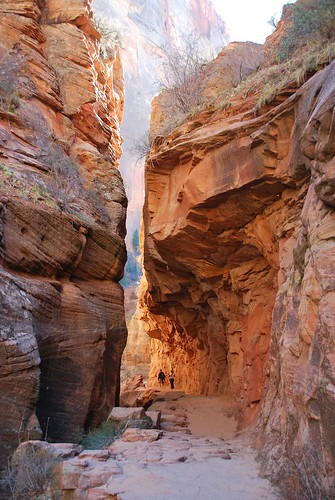 One of the advantages of the academic calendar is that I had a whole week off for Thanksgiving. Oh, there was a pile of work that I should have been doing, but instead my husband and I decided to take the first half of the week and fly off on a hiking adventure.

It turns out that November is a lovely time to visit Zion. The aspen trees had turned a brilliant yellow, the autumn sun glinted off the red rocks, and the cool temperatures meant that we could take strenuous hikes without worrying about heat exhaustion. Most of the other hikers we saw were young, mostly in their twenties and thirties. On the first hike we took, a long series of switchbacks that led to the highest point in the canyon, it quickly became apparent that my husband and I were the oldest people on the trail.

I liked being a trail elder. The younger hikers were so polite and accommodating. My long grey hair makes me pretty recognizable, which meant that by the second day, I got friendly hellos throughout the park. My husband kept offering the young people sunscreen, and whenever he met anyone who hadn't been to the park before, he happily gave them advice on which trails they should take.

Many of the young hikers were sleeping in tents in the canyon, but my husband and I decided that our status as elders meant we deserved a little pampering. So at the end of each day, we retreated to the little town outside the park, where we ate dinner in a restaurant, soaked our sore muscles in a hot tub under the starry night sky, and slept in a bed with clean sheets.

Perhaps it's good that we got some exercise in the first half of the week, because we spent the second half of the week doing what my family does at Thanksgiving: eating, talking, eating, playing games, and eating. I love it when all of my kids are home, even if we're just doing something as simple as playing a board game at the kitchen table. The whole week was lovely and relaxing, and now it feels like we're moving towards Christmas at a fast clip. 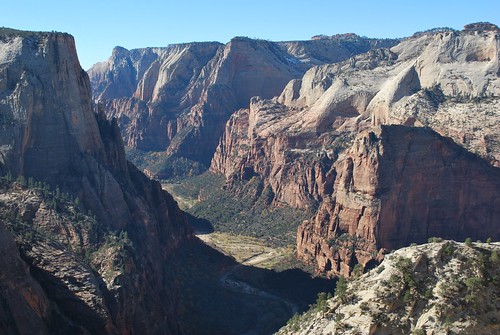 By the ocean, with babies! 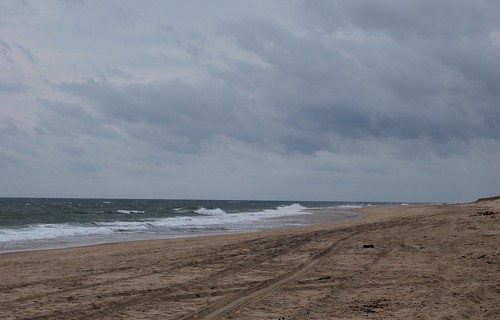 At the end of last month, my husband and I took the long drive past Big City Like No Other, over several bridges, and out onto the Very Long Island to visit my sister, her husband, and their twin baby girls. The twins are four months old now, plump and smiling, laughing aloud if they hear the right funny noises.

My sister lives in a summer vacation spot, but on a cold fall day, most of the tourists were gone. When we took the babies for a walk on the beach, we wore winter coats. My sister carried one twin under her coat, and I took the other. The beach looked different without lifeguard chairs, umbrellas, or towels. But the ocean waves were just the same, crashing down onto the wet sand.

I love everything about walking on the beach: the smell of the salty air, the rhythm of the surf, the big sky that stretches forever, the softness of sand underfoot, and that realization that the ocean is so much bigger than I am. But the best part of the walk was carrying a warm baby under my coat, her little face just inches from mine. She kept looking right at me and smiling; it was clear that my new niece loves the ocean just as much as I do. How fun it's going to be when the twins are a little older and I can build sand castles with them.
Posted by jo(e) 10 comments: