The snake days of summer 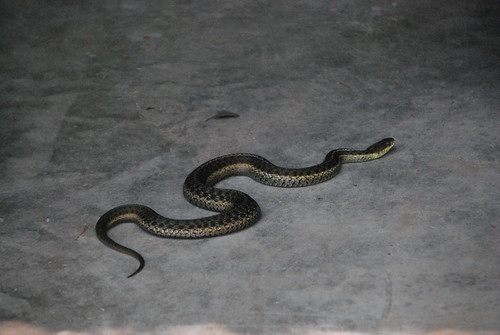 We've hit the part of summer when snakes come into our garage to get cool.
Posted by jo(e) 8 comments: 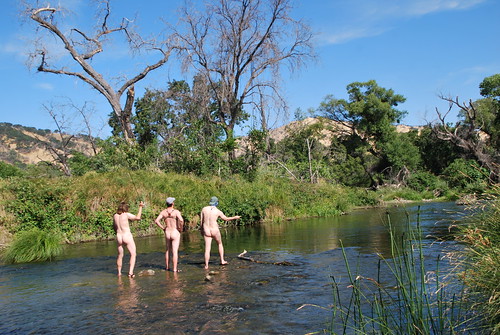 I was at an academic conference in the Golden State, discussing Thoreau with several colleagues over breakfast, when my phone dinged. The text message read, “Ready to go. Naked and afraid.”

My male friends sighed with relief as I hurried away from the table. I heard Chicago Friend mutter, “I’m just glad it’s not me.”

It was time for some men to step up to the plate and shed their clothes for my camera, and my friends at the breakfast table knew it. Women have been carrying Project Naked for long enough.

Two friends, Copper John and Kestrel, have joked for years about posing together. “It will never happen,” I told them last conference. “Men are weird about getting naked together. I think it’s some kind of homophobic thing. Men aren’t used to that kind of intimacy.”

Apparently, my words were a challenge. Copper John and Kestrel showed up at Friendly Green Conference with fishing poles, a car, and directions to a scenic river spot. What’s more, they’d convinced a third man to join us.

This is the kind of cooperation that gives me hope for our culture.

Besides, it's always fun to leave an academic conference and go visit a creek. We acted like kids playing hooky as we drove through the Golden State countryside.

Copper John gestured to the third man in the car. "You can explain the Project Naked to him."

I stumbled through an explanation — really, it's a feminist project about body image — and added, "You can choose your own pseudonym."

"You need a cool name, " Kestrel said. "Like River Otter."

Flashing lights in the road cut short our conversation. As Copper John slowed the car, we saw firefighters in full gear swarming the hills while flames devoured the dry brush. A controlled burn.

“Oh, I should get one of them to pose,” I said without thinking. 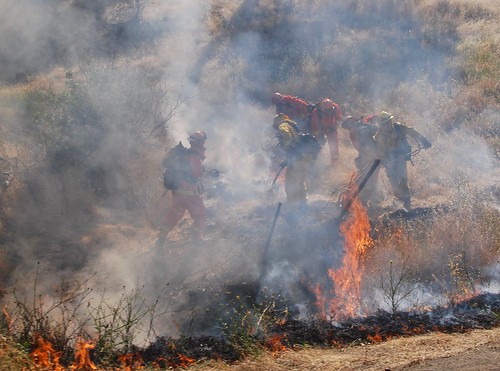 “ARE YOU SERIOUS?” Kestrel said. He gestured to the other men in the car. “AREN’T WE GOOD ENOUGH?”

Yes, yes, I assured them. I’d chosen the three best-looking men at the conference. If I had thoughts about the fragility of the male ego, I kept them to myself.

Leaving behind the scorched earth, we drove to a turn-off and climbed down a path to the creek. The men had picked a perfect spot. The water rushed and swirled beneath golden hills dotted with dark green trees. Before stripping off their clothes, the men discussed props. They'd brought fishing poles, binoculars, and fishing vests.

"Look at this," Copper John said, showing me the fabric he wore around his neck for sun protection: the brand name was BUFF. I laughed, which was perhaps not the appropriate response.

"It's a milestone for my naked photo project," I said. "Multiple men getting naked together."

For most people, I think, getting naked involves vulnerability. And trust. I knew that Copper John and Kestrel were close friends who weren't afraid to be vulnerable with each other, but I didn't know how River Otter fit in. I looked over at him to see if he was comfortable with the plan.

He continued talking as he pulled off his shirt. "So many of our feelings about our bodies are cultural,” he said. “If you walked into a store in your underwear, people would react. But a bikini? Perfectly acceptable. And what’s the difference?”

He offered his experience in Japanese onsens or hot springs, where men bathed naked together all the time. “Men often have this little towel – the size of a washcloth – and they cover their genitals with it when they’re walking around. But the towel doesn’t go into the water. You take it and put it on your head once you’re submerged. It's a protocol that everyone is used to.”

Unlike a hot springs, this water was icy cold. As the men plunged into the waist-deep water, Kestrel nudged Copper John and joked. "Oh no! This could ruin the shot."

No matter how sophisticated or sensitive the man, he will always make jokes about shrinkage in cold water.

"Go stand on the rocks!" I yelled above the rushing water. "So I can get your whole bodies into the shot."

Obligingly, the men waded over to the shallow spot. A bird called from the other bank, and Kestrel pointed to it. I couldn't hear their conversation above the water noises, but they were so busy discussing birds that they barely noticed me clicking photographs. 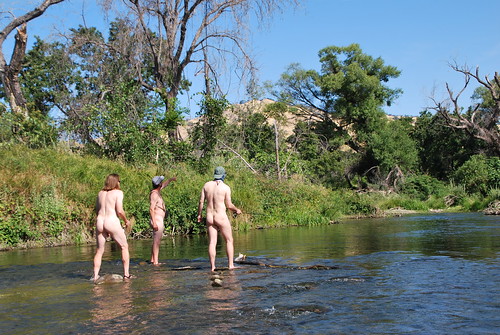 Afterwards, of course, we went swimming. I love cold water, the way it makes my whole body come alive. And submerging your whole self was the best way to get to know a creek. It would have been rude, really, to leave this creek without a swim.

“You can take another photo,” Kestrel offered. "This one of us swimming." As River Otter walked out, he began to slip on the rocks. Kestrel reached out his hand, and Copper John gestured to me. “Capture that moment.” 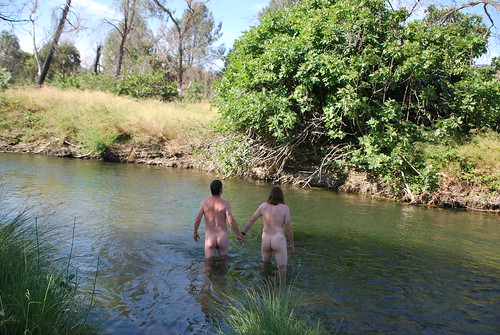 I loved the way these men weren't afraid to reach out for help, or be tender and vulnerable with each other.

Playing in the water didn't last long. It was too cold, and we needed to get back to the conference. But it was a lovely morning. I could catch the scent of burning on the wind, and I thought of the firefighters, less than a mile away, wearing heavy suits to protect their vulnerable human bodies from the flames while we swam in this creek of cold, rushing water.

Read more about the history of the naked blogging project and check out the gallery of photos.
Posted by jo(e) 15 comments: