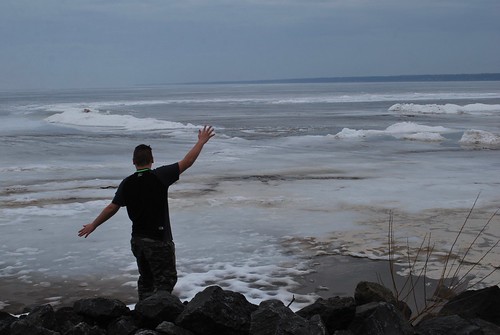 Last week, the area schools had their annual February break. So on Friday, I drove to a little town on the other side of the lake to visit the 16-year-old who used to live across the street from me. We kept in touch while he moved from foster home to foster home, and then four years ago, he was adopted by a wonderful family.

Biker Boy has grown taller than me and his voice is deeper, but he’s still the same sweet kid who used to come over and play with train tracks on my living room floor. He and I went out for breakfast to a diner that served delicious blueberry pancakes, and he told me everything happening in his life. He likes his high school, he broke up with his girlfriend, and he still loves to fish. He joined the fire department where both his adoptive father and his adoptive grandfather volunteer: he’s the youngest firefighter.

After breakfast, we took a detour to stop at the fire department, so he could show me their trucks. It’s a one-story building, which means it has no fire pole, but it seemed like a nice facility. I took a photo of him out in front. “If there were kids in a burning house, I would do anything to get them out,” Biker Boy told me. “I’m like that.”

We had a lovely morning. We took a walk along the lake, where the wind had piled up mounds of soft ice in various shades of white and blue. We stopped to take a hike at a park where the melted snow was rushing and crashing over a cliff. And of course, we ate the same lunch we always do: slices of pizza with root beer. It’s a tradition 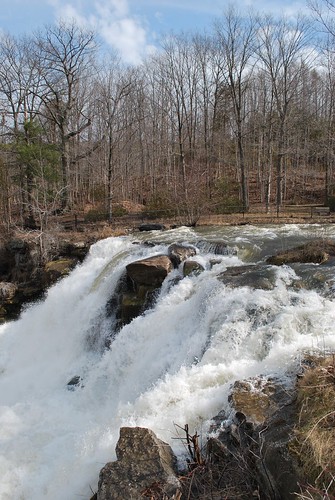 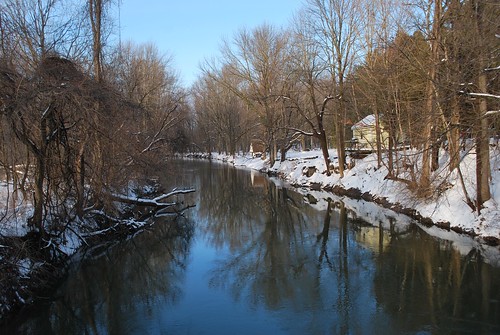 When I got home from work today, I realized that something was different: the sun was shining. It was still light out. And everywhere, snow was melting. Wet snow slid from tree branches. The banks along the driveway were shrinking. When I walked to the creek, I saw water instead of ice.
Posted by jo(e) 11 comments: